According to the U.S. Patent and Trademark Office (USPTO) website as of the end of the government fiscal year 2016, 16%[1] of all Post Grant Review (PGR) petitions have been filed against patents that are currently listed in the FDA Orange Book[2]. 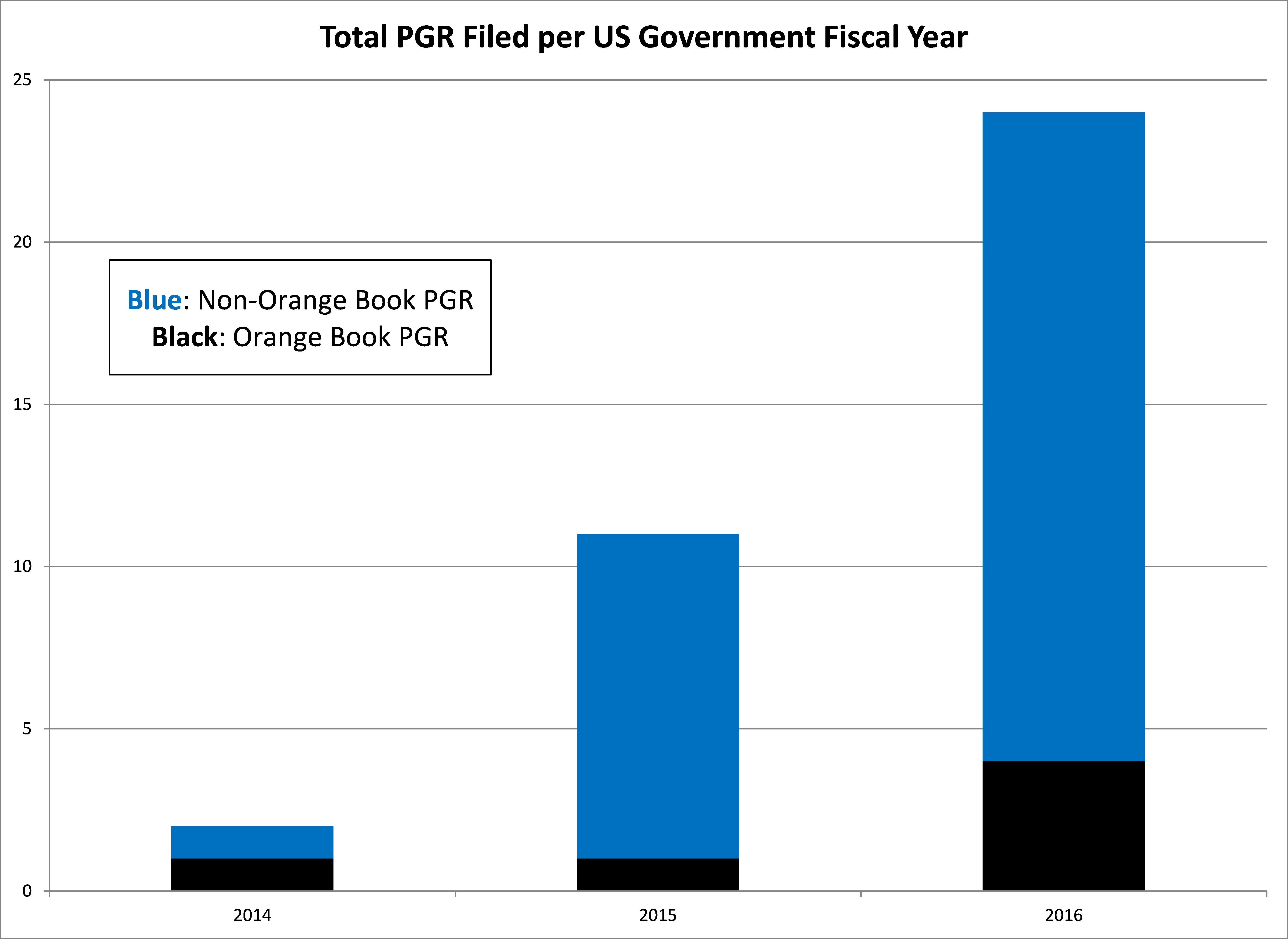 Though the number of PGR petitions is relatively small (37), this could indicate a trend going forward.  In contrast, Orange Book patents have been challenged in a much smaller percentage of Inter Partes Review (IPR) petitions, where about 5% of 5143 total cases have been directed to Orange Book listed patents. Considering an IPR petition can be filed against any granted patent, whereas a PGR petition can only be instituted against patents filed on or after the AIA first-inventor-to-file start date of March 16, 2013, it is easy to understand the discrepancy between the overall numbers of IPR and PGR petitions.  However, the roughly three-fold greater filing rate against Orange Book patents using PGR attacks should not be ignored. 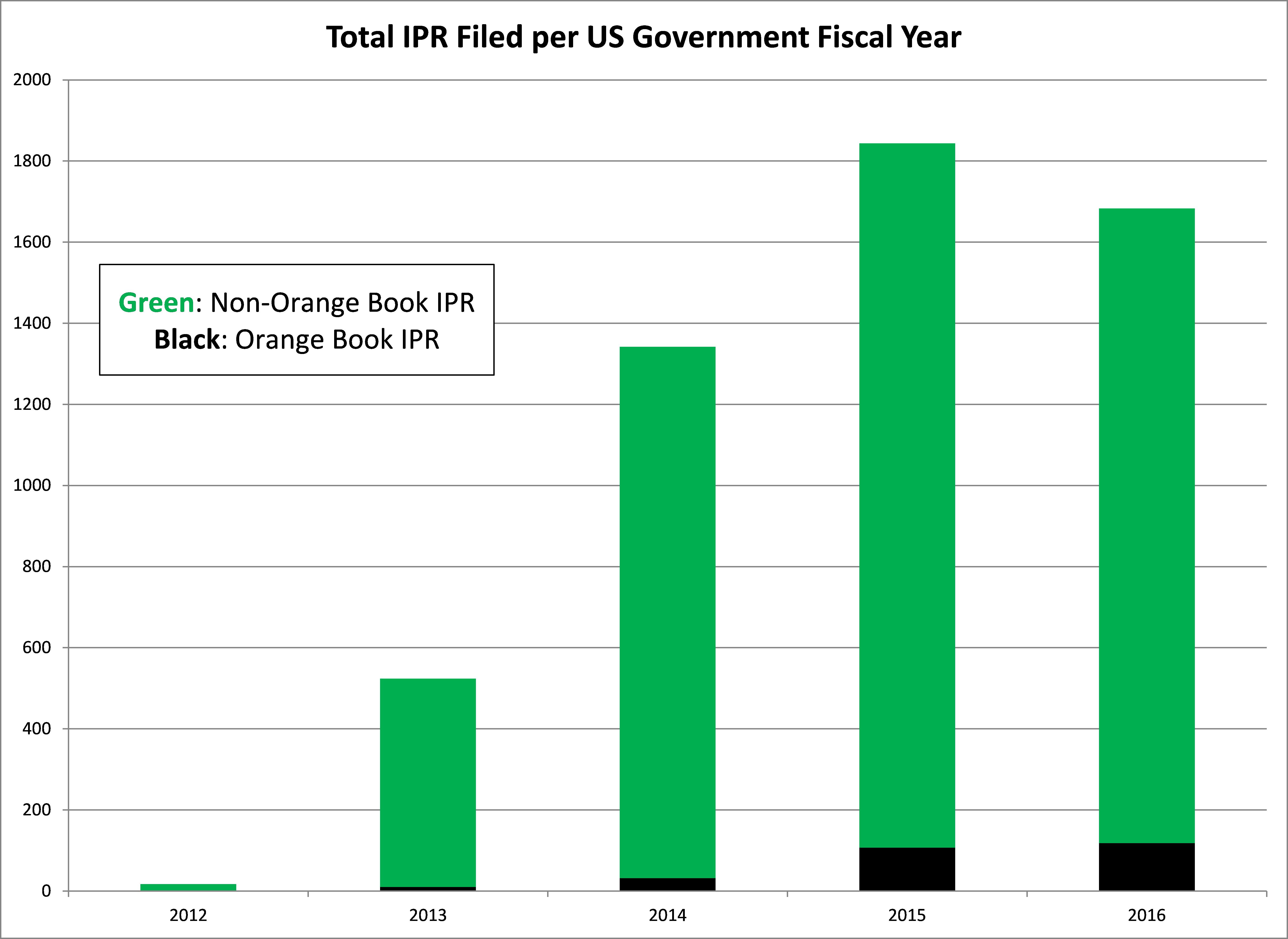 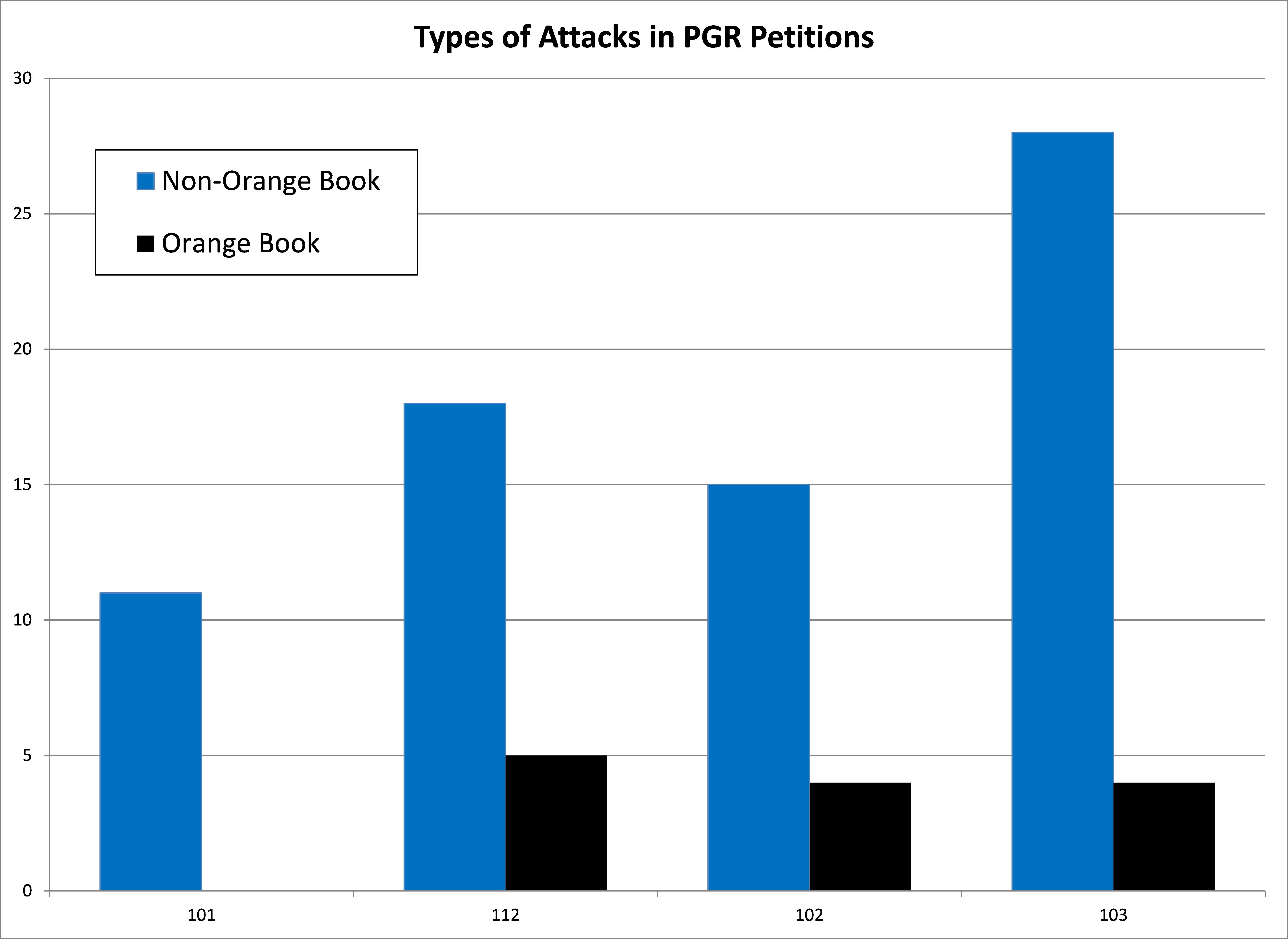 Although the total number of petitions is vastly different between the two new post grant procedures (IPR v. PGR), there appears to be a greater willingness among pharmaceutical companies to wade through the still relatively untested PGR process when compared with their initial hesitation regarding the initiation of IPR proceedings. Perhaps this increased willingness to launch invalidity challenges against Orange Book patents in the PGR process stems from the lower threshold for institution (more likely than not) when compared to IPR (reasonable likelihood of success). A more likely reason for the increased numbers of PGR petitions against Orange Book patents is due to the greater importance of the written description and enablement requirements in the pharmaceutical area, when compared with other fields like electrical or mechanical engineering, where §112 issues are less significant. Together with a heightened indefiniteness standard as laid out by the Supreme Court in Nautilus, Inc. v Biosig Instruments, Inc. (134 S. Ct. 2120 (2014)), pharmaceutical companies can expect increased scrutiny and increased invalidity attacks under §112 in PGR proceedings.

Because the estoppel effect in PGR proceedings extends to all possible invalidity arguments that “reasonably could have been raised,” some companies might choose to wait the nine months and bypass a PGR proceeding in favor of filing an IPR petition, where the estoppel effect would be more limited. However, even with the high success rates of IPR petitions before the Patent Trial and Appeal Board (PTAB), the estoppel concerns raised by the PGR process do not seem to be deterring PGR attacks made on Orange Book patents.

According to the USPTO website, the PTAB has decided only 7 PGRs through FY16, including 1 Orange Book patent. In this initial PGR decision involving an Orange Book patent, the patent claims were upheld.  However, if the increased numbers of patent challenges under §112 are successful, this will likely increase the number of new PGR petitions that will hit the PTAB’s docket.  With the ever increasing number of post-AIA patents being granted, there are more patents vulnerable to invalidity attacks through PGR proceedings. Thus, the number of PGR petitions is likely to rapidly increase regardless of the specifics of the PTAB decisions.  However, the first decisions will likely provide significant insight into the board’s process, assisting petitioners in determining whether the ends justify the means.

In summary, while the number of IPR petitions seems to have stabilized, early indications from the analysis of PGR petitions filed against Orange Book patents show that pharmaceutical companies should be prepared to defend their patent portfolio against an increasing number of PGR petitions.

[1] All percentages are rounded to the nearest whole number.

Electronic Issuance of Patents and Trademark Registrations Beginning in 2022

By: Mitch Gabanic On December 10th, the United States Patent and Trademark Office (USPTO) released its plan to modernize the...
READ
MORE