As seen in World Trademark Review. Click here for the pdf.

By:  Steve Schaetzel and Sarah Kessler

Precis: US company Fronto King supplied Five A and New Generation Imports with tobacco leaf products which displayed the federally registered mark FRONTO KING along with a related but subsequently federally registered crown design mark. In 2013 Five A and New Generation stopped selling Fronto King’s products and began selling and distributing their own products under the composite mark PURE FRONTO and design.

Five A which was based in Atlanta, Georgia described itself as the largest convenience store supplier in the Southeastern United States. It distributed Fronto King’s tobacco products until 2013 when, in conjunction with co-defendant New Generation Imports, it stopped selling Fronto King’s products and began selling and distributing their own packaged tobacco products under the composite mark PURE FRONTO and design. The words ‘Pure Fronto’ were prominent, and the design showed a graphic representation of a lion a wearing a crown (see below): 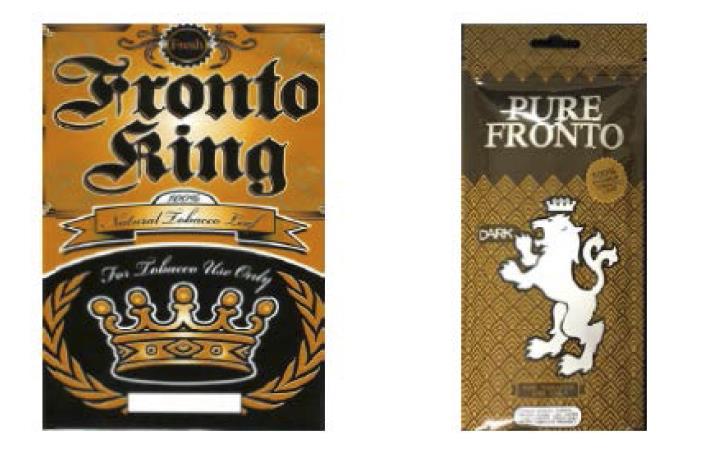 Fronto King sued Five A and New Generation in two different venues. First, in a local Georgia state court it asserted a cause of action for breach of a supply agreement. Fronto King prevailed in that action and was awarded $12,550.

Fronto King then sued Five A and New Generation in the federal district court for trademark infringement, false designation of origin and related state trademark claims, seeking damages and an injunction. Fronto King’s claims addressed both use of the word mark PURE FRONTO and the packaging design. Five A moved for summary judgment, arguing in part that the prior state action precluded prosecution of Fronto King’s claims under the doctrines of res judicata and collateral estoppel. Five A prevailed in that motion, but only to the extent that the state law claims arose from conduct occurring before entry of judgment in the prior state lawsuit. The federal trademark claims, and the state law claims for subsequent acts of alleged infringement, proceeded to trial.

Just before trial, Five A offered to settle for $36,000 and entry of an injunction. That offer was refused and the case proceeded.

After a two-day trial, with Five A contending that ‘fronto’ was a generic term for Jamaican tobacco (but no expert testimony from either party on that or any other issue), the matter was handed to the jury for deliberation. At that point Fronto King proposed settlement for $150,000. But Five A and New Generation did not respond before the jury returned with a verdict. The jury found that the defendants had not infringed the federally registered word mark FRONTO KING but could no longer use ‘Pure Fronto’ on their packaging. The jury awarded $21,400 in actual damages, and also awarded $250,000 for Five A’s “willful and deliberate” conduct and unjust enrichment. In a remarkable understatement, counsel for Fronto King was quoted as saying, “They [Five A] should have taken the $150,000”.

The court subsequently entered an injunction precluding the defendants from advertising, promoting, offering for sale or selling any tobacco leaf product using the “Pure Fronto” package design, but allowing the defendants to continue using the word mark PURE FRONTO in connection with any product, so long as they did not otherwise violate the trade dress and packaging injunction. The time for appeal has not yet run and the defendants have not yet initiated any appeal.

U.S. Supreme Court to Take Up Important “Fair Use” Case

By: Steve Schaetzel and Steve Philbin On October 12, the Supreme Court heard arguments in an important copyright fair use...
READ
MORE

MCC Attorneys Recognized as The Best Lawyers in America